At Physio Tullamore we use the adult choking treatment algorithm (shown below). It clearly shows that if an athlete is choking with an effective cough, they should be encouraged to keep coughing in the hope they will be able to dislodge the foreign body themselves. 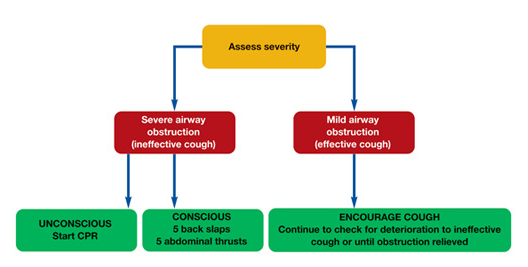 However, if the choking athlete is suffering from severe airway obstruction with an ineffective cough, then they should be administered up to five back blows. 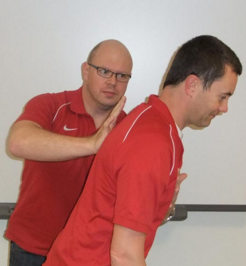 If, following the five back blows, the foreign body has not been removed and the choking athlete remains with an ineffective cough, up to five abdominal thrusts should be administered. 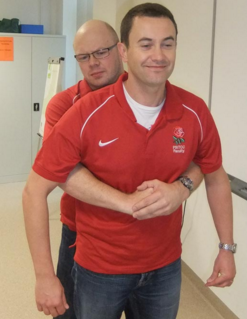 At Physio Tullamore we use a slightly different paediatric choking algorithm (shown below) which is similar to that of the adult. The main differences are in that, if the paediatric patient becomes unconscious, then five rescue breaths/ventilation should be delivered before commencing CPR at a ratio of 15 compressions to 2 breaths and, if the paediatric patient is under one year of age, abdominal thrusts should not be delivered and are replaced by chest thrusts. 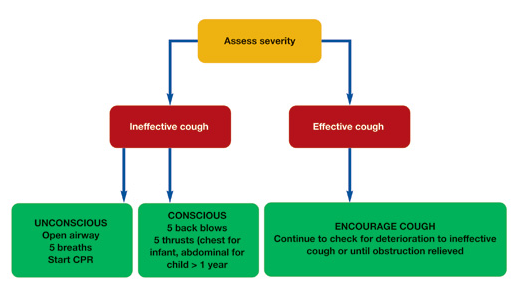 If an athlete collapses with no suspicion of a spinal injury and is found to be breathing and have a pulse but remains unconscious, then they should be placed in the recovery position to assist their airway.

There are several different techniques described in the literature and we will describe one of these. Place the patient’s arm nearest to you out at 90 degrees with the elbow flexed at 90 degrees. Take the arm furthest away from you and bring the palm of the patient and support this against the cheek of their face. Using your other hand to either grip the patient’s waist band or their flexed knee, roll the patient onto their side, protecting their head to prevent it from hitting the floor.

Once the patient is rolled, position their legs to prevent them rolling back. Ensure they have an open airway and are breathing.

Keep observing the patient until help arrives by carrying out regular observations. If possible, administer oxygen via a non-rebreather mask. 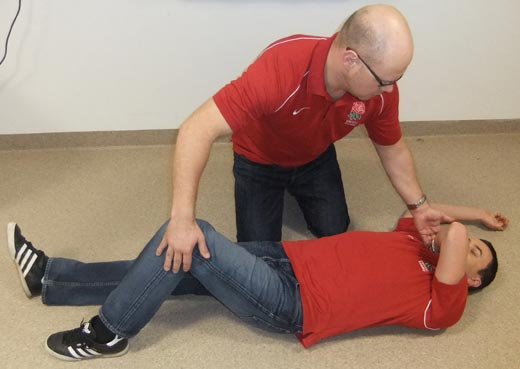 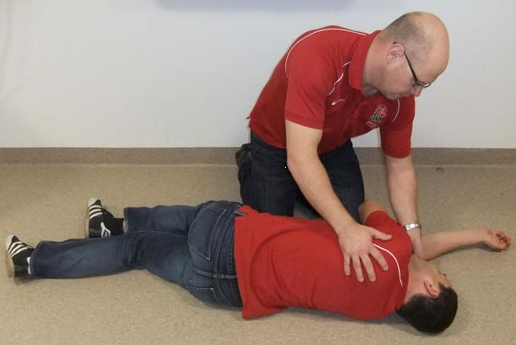