Hamstring strains and ruptures comprise a very large percentage of musculoskeletal injuries during activities and sporting events among all age groups of athletes and levels of competition. Athletes involved in soccer, football, rugby, and track are particularly prone to this injury due to the explosive nature of movement in these sports and the demand to sprint at maximal efforts.

Lets Take a look at the Anatomy: 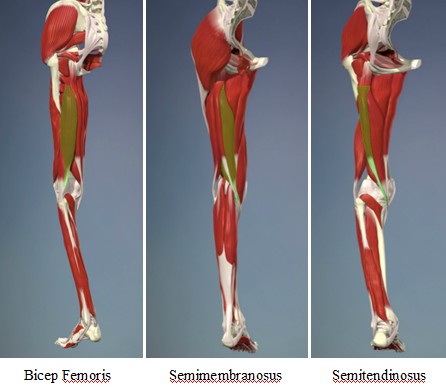 So What Factors Influence Hamstring Strains?

The ability to control the pelvis effectively represents one of the most important aspects to successfully rehabilitating and preventing hamstring injuries. An individual with an excessively anteriorly tilted pelvis or pelvic drop is already at a biomechanical disadvantage with increased tension placed on the hamstring muscles. This is due to the change in position of the hamstring origin at the ischial tuberosity. Addressing this issue also allows the gluteus maximus muscle to more efficiently contribute to hip extension. Poor trunk control can also lead to further compensatory mechanisms in the lower limb which can increase the risk of hamstring injury and influence running effiency.

If the lumbo pelvic position is in neutral then this is less likely to occur. 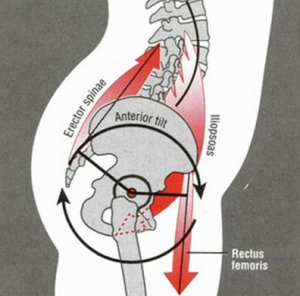 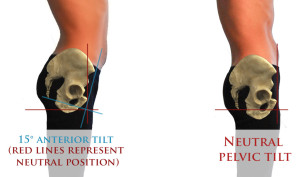 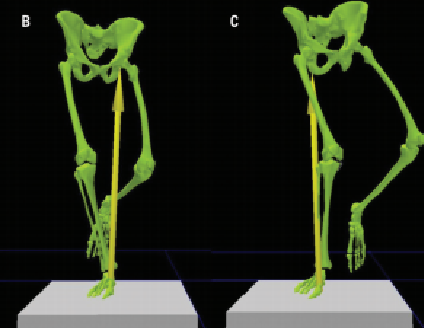 Diagram B indicates hip abductor weakness (Glut medius weakness) which stabilises the hip and pelvis. With jumping, landing and running biomechanics if there is any weakness of the hip and pelvis then this can cause contralateral pelvic drop. This in effect could increase the load through the hamstrings making them more susceptible to overload and tissue breakdown. Diagram C Shows shifting of the centre of mass over the stance limb to compensate for abductor weakness. Again this can result in increased hamstring load. Hip and pelvis control could be a risk factor for hamstring strains. 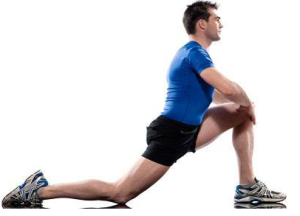 How to maintain Healthy Hamstrings

1. If you have an anterior pelvic tilt – perform increased stretches for your quads and hip flexors